The Savannah Sparrow (Passerculus sandwichensis) is a small American sparrow. It was the only member of the genus Passerculus and is typically the only widely accepted member.

The common name comes from Savannah, Georgia, where one of the first specimens of this bird was collected.

This species has a typically sparrow-like dark-streaked brown back, and whitish underparts with brown or blackish breast and flank streaking. It has whitish crown and supercilium stripes, sometimes with some yellow (more often near the beak). The cheeks are brown and the throat white. The flight feathers are blackish-brown with light brown or white border. The eyes are dark. The feet and legs are horn-colored, as is the lower part of the bill, with the upper part being dark grey.

The Savannah sparrow is a very variable species, with numerous subspecies, several of which have been split as separate species at various times. The different forms vary principally in the darkness of the plumage. The variation generally follows Gloger’s rule, with Alaskan and interior races the palest, and southwestern coastal forms the darkest. There are some exceptions, though, most conspicuously in some island populations that presumably were strongly affected by founder effects. The general pattern of variation has a fairly clear divide, southwest of which the birds become notably darker; this agrees quite well with the limit between P. sandwichensis and P. (s.) rostratus. Savannah sparrows show some variation in size across subspecies. The total length can range from 11 to 17 cm (4.3 to 6.7 in), wingspan ranges from 18 to 25 cm (7.1 to 9.8 in) and body mass from 15 to 29 g (0.53 to 1.02 oz). In the nominate subspecies, the body weight averages 20.1 g (0.71 oz).

These birds forage on the ground or in low bushes; particularly in winter they are also found in grazed low-growth grassland. They mainly eat seeds, but also eat insects in the breeding season. They are typically encountered as pairs or family groups in the breeding season, and assemble in flocks for the winter migration. The flight call is a thin seep. Sensu lato, the Savannah sparrow is considered a threatened species by the IUCN 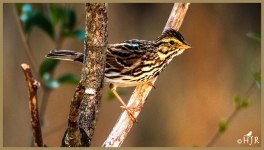 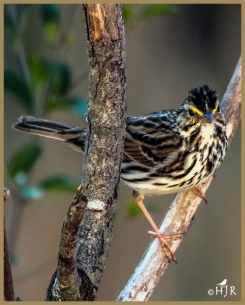